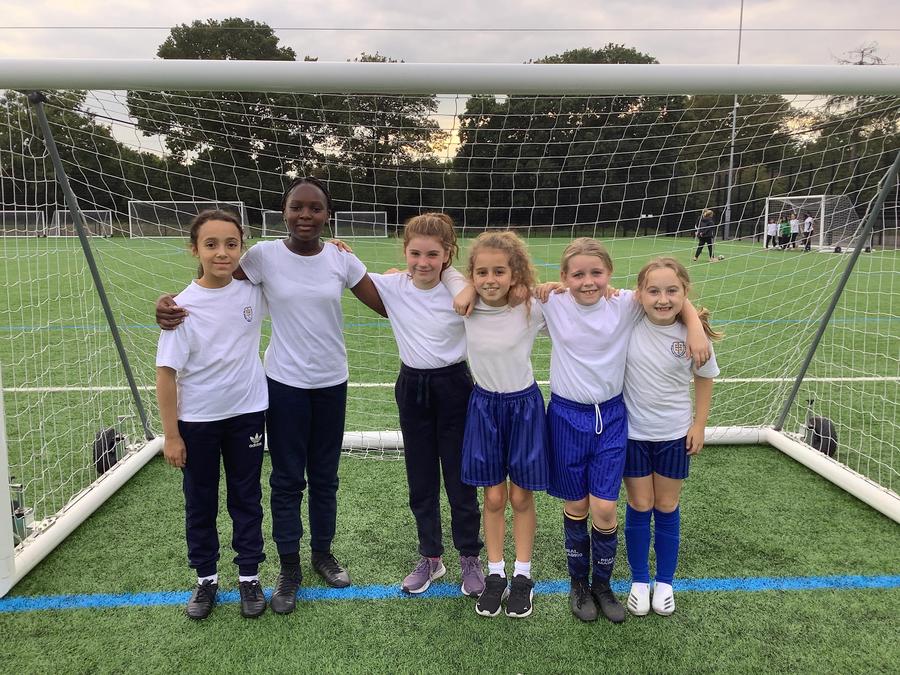 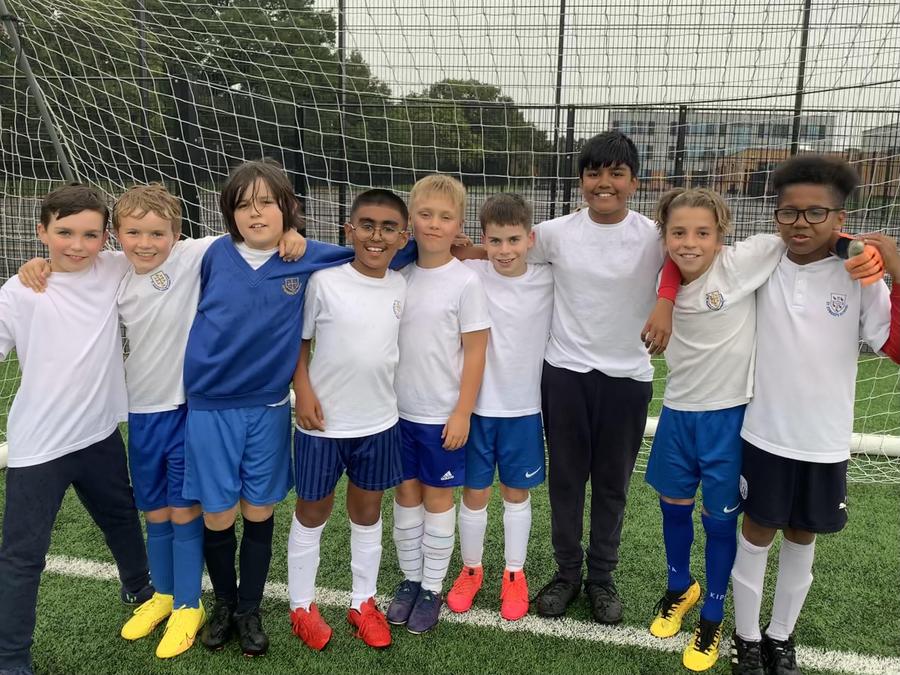 Outstanding performance from our Year 5/6 Girls and Boy’s football teams to kickstart the year! Both teams put in impressive performances with NO goals conceded throughout either festival. I was impressed by the teamwork, sportsmanship and skill displayed by the teams and cannot wait to see what the sports teams of St Edward’s produce this year. It is going to be an incredible year.

Our Year 5/6 Boys Football team took part in the EFL Kid's Cup at the Academy Building at Villa Park today.  The children played extremely well and were great ambassadors for the school.

After an exciting tournament against schools from across Birmingham, they reached the 4th round, narrowly missing out on the semi final ! They even got to have a photo taken with a Villa fan favourite, Gabby Agbonlahor, who was there supporting his son ! 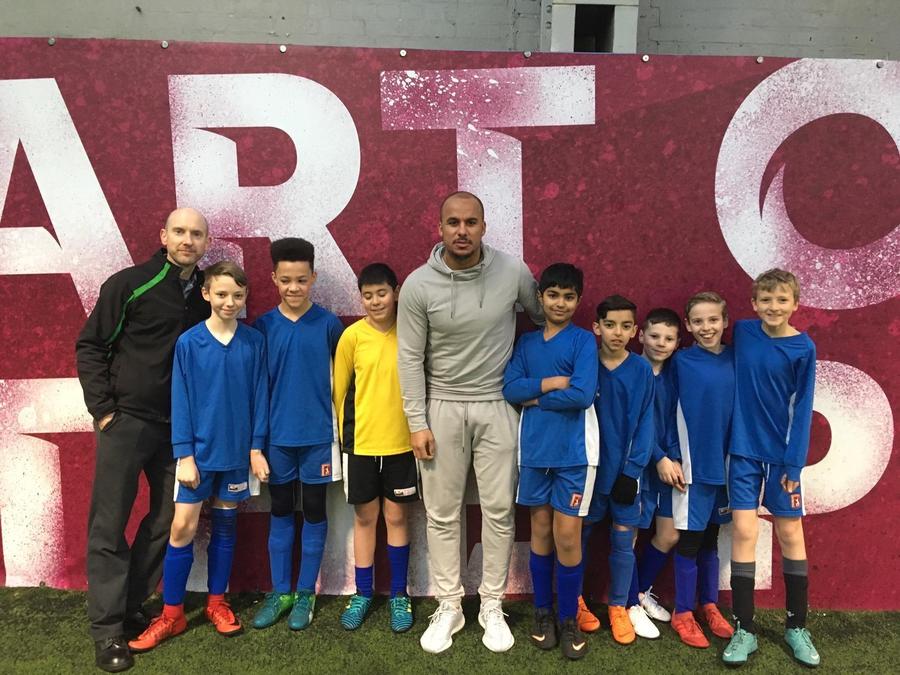 Eight schools from across the city took part and each school played 4 games. Our team of 4 girls and 3 boys, due to some superb shooting, won one match 6 -1 but unfortunately lost 3. However, two of these matches were very fiercely fought and we were only just beaten with the final scores being 2-1 and 2-0.

The St Edward's children taking part played exceptionally well. Their team work was second to none and they supported and demonstrated superb netballing skills.

Well done to all those who took part and many thanks to the parents and family members who came to support us. It was great to be involved in such a well run sporting event and to participate in such an enjoyable evening.

Our netball club will continue next week and we look forward to developing our skills even further.

On Saturday 24th March, our school team made up of Year 5 and Year 6 children took part in the annual Catholic Schools' Swimming Gala at Wyndley Leisure Centre in Sutton Coldfield.

Twenty two schools, from across the diocese, took part and the competition was extremely strong with some excellent swimmers taking part.

All our swimmers swam superbly in their heats and were a credit to the school both in their performances and behaviour.

In three events we performed particularly well and our swimmers were successful in reaching the finals.

The boys' relay team achieved 6th place in an incredibly fast, fiercely fought freestyle relay final while both our boys' and girls' breaststrokers also made their finals.

It was a wonderful way to spent a Saturday evening and was thoroughly enjoyed by all those who attended.

Many thanks to both the children, who gave up their Saturday evening to take part, and to the parents who brought them and were great supporters.

Congratulations to our Year 5/6 swimming team who won the Interschools' Gala on Wednesday 28th March. Many thanks to Bishop Challoner and the boys at King Edward's VI for all their hard work in organising it. 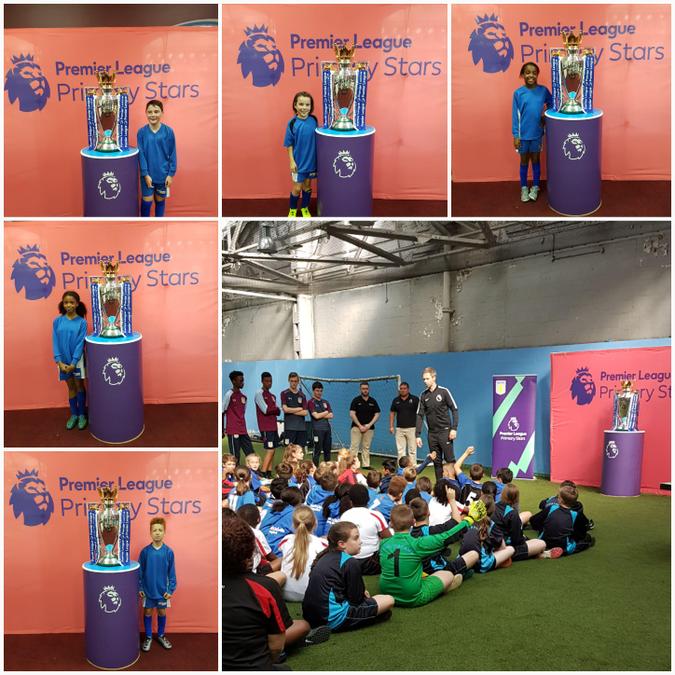 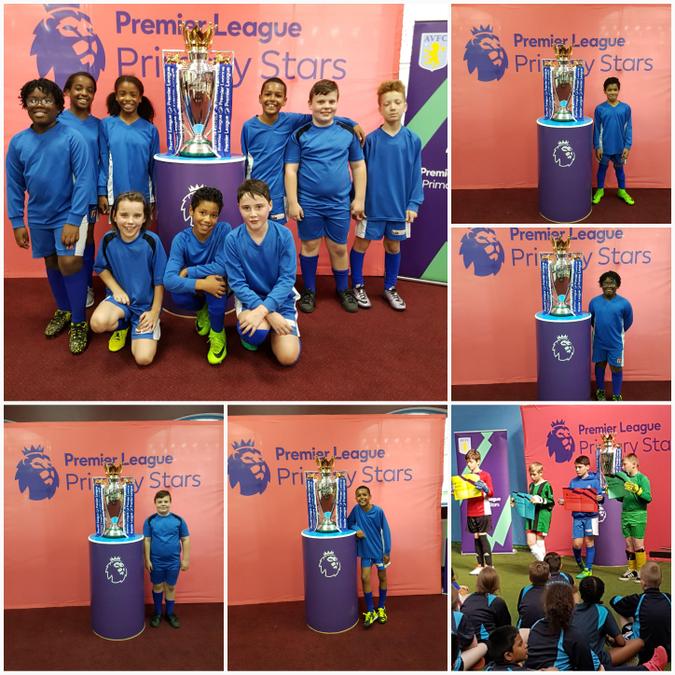 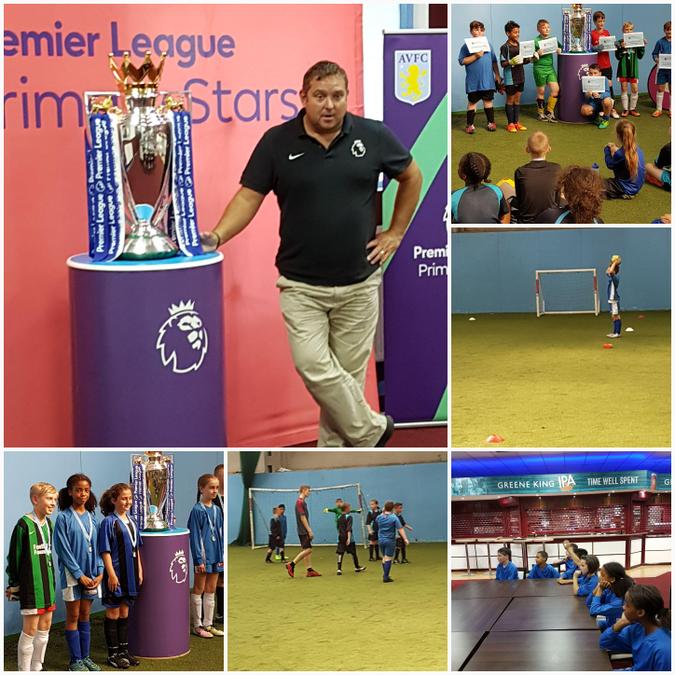 Year 5 children took part in a Football Tournament at St Lawrence School in Northfield recently with great success. Here is their write-up of what happened on that exciting night.

First of all we arrived at St Lawrence School to play football. Our first match was against St Mary's. This was our first match together ever, but we won 2-0 thanks to Noelie who scored both goals.

Our second match was against St Lawrence, and Noelie scored again for us to win 1-0.

Our final match was against Bells Farm. It was a very exciting match, but ended up as a 0-0 draw.

At the end of the tournament we found out that we had come first overall and we are through to the finals in a few weeks time. Special thanks to Mr Silverton for being a great manager.